LazarSoft had written an excellent set of QR code decoding javascript libraries. However, it still requires some efforts to integrate the work with a web project as we need to take care of enumerating different camera devices, setting up canvas or the video element and hooking the stream with qrcode library. Also recently, in leu of privacy concerns, some javascript APIs related to accessing the camera has changed and it requires some efforts to ensure different platforms like mobile or PC, chrome or safari support it. To reduce these pain points I wrote a jQuery based wrapper on to abstract tasks like camera enumeration and UI setup - it can be found at mebjas/html5-qrcode. In this article I have documented some details on how to use it and what is happening under the hook.

This article is now obsolete as v1.0.0 introduced multiple refactors. Checkout this article on how to use this library now. 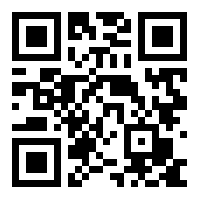 The jQuery library available at mebjas/html5-qrcode on Github allows users to add a QR code scanner in their web applications. It works cross-platform and across different devices like PC, Mac or smartphones. It uses the stream from the camera and try to decode frames at certain frequency (configurable) and notify the caller about results via callbacks. Requesting camera usually results in a popup to user for permissions and can only be used if the user grants the permission. 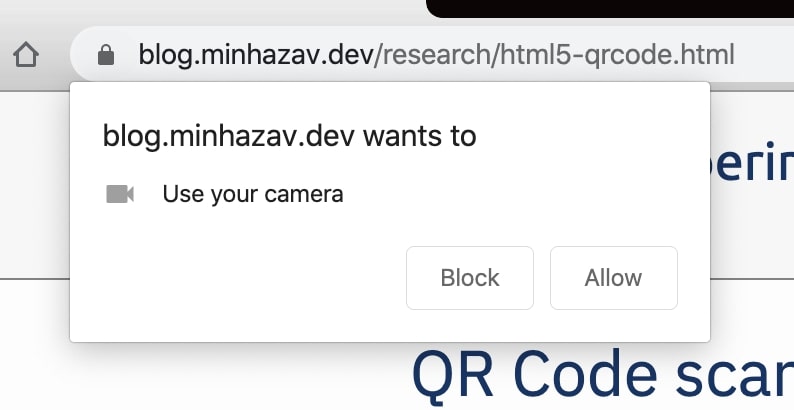 Clone the project and include the libraries

Clone the project at an appropriate location in your project.

Include the three main libraries into your HTML page

Add an empty HTML element at an appropriate position in your HTML code, give it an id. The library uses this element to insert some hidden HTML elements which shows up as a viewfinder (camera input is shown in this HTML element) to the user performing QR code scan.

The library exposes a method just for this called html5_qrcode_getSupportedCameras(..). It takes two callbacks as arguments namely successCallback and errorCallback.

This method takes in two callbacks. One for success and later one for failures. Both callbacks have this kind of interface:

Starting the camera implicitly starts QR Code scanning. It runs at a certain fps provided in ExtraConfiguration. This is an optional field and by default the scanner runs at 2 fps.

Use html5_qrcode() to start scanning. Once you call this with sucess, it’d start streaming the camera input to a video and canvas element. Also, QR code library would be processing the frames at a certain frequency configurable by users. The method looks like:

Except config other arguments are important and should be sent as argument.

The difference between qrcodeErrorCallback and videoErrorCallback is that the former one is called in case of QR code processing failure while latter is called during the setup part or in case of issues related to initialization or access.

This disables and hides the viewfinder shown during scanning and cleans up the resources. html5_qrcode(..) can be called again after this method.

Link to source code for the demo project - research/html5qrcode at blog.minhazav.dev 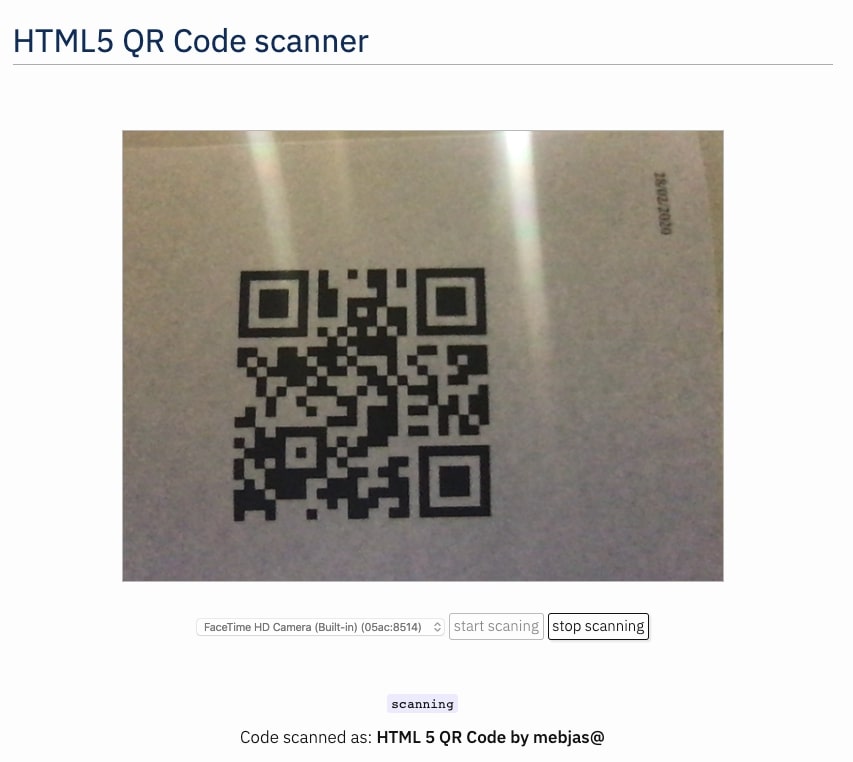 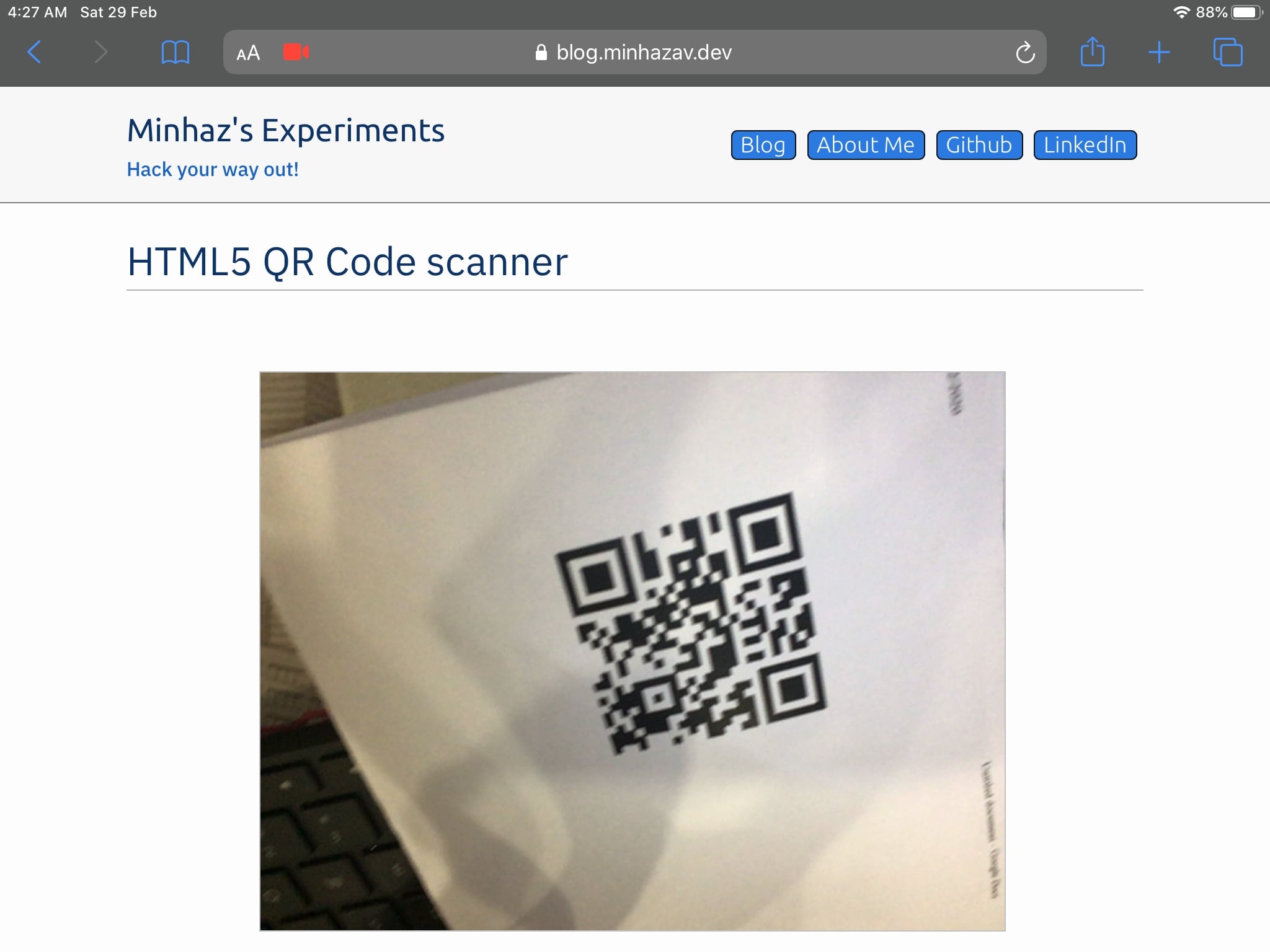 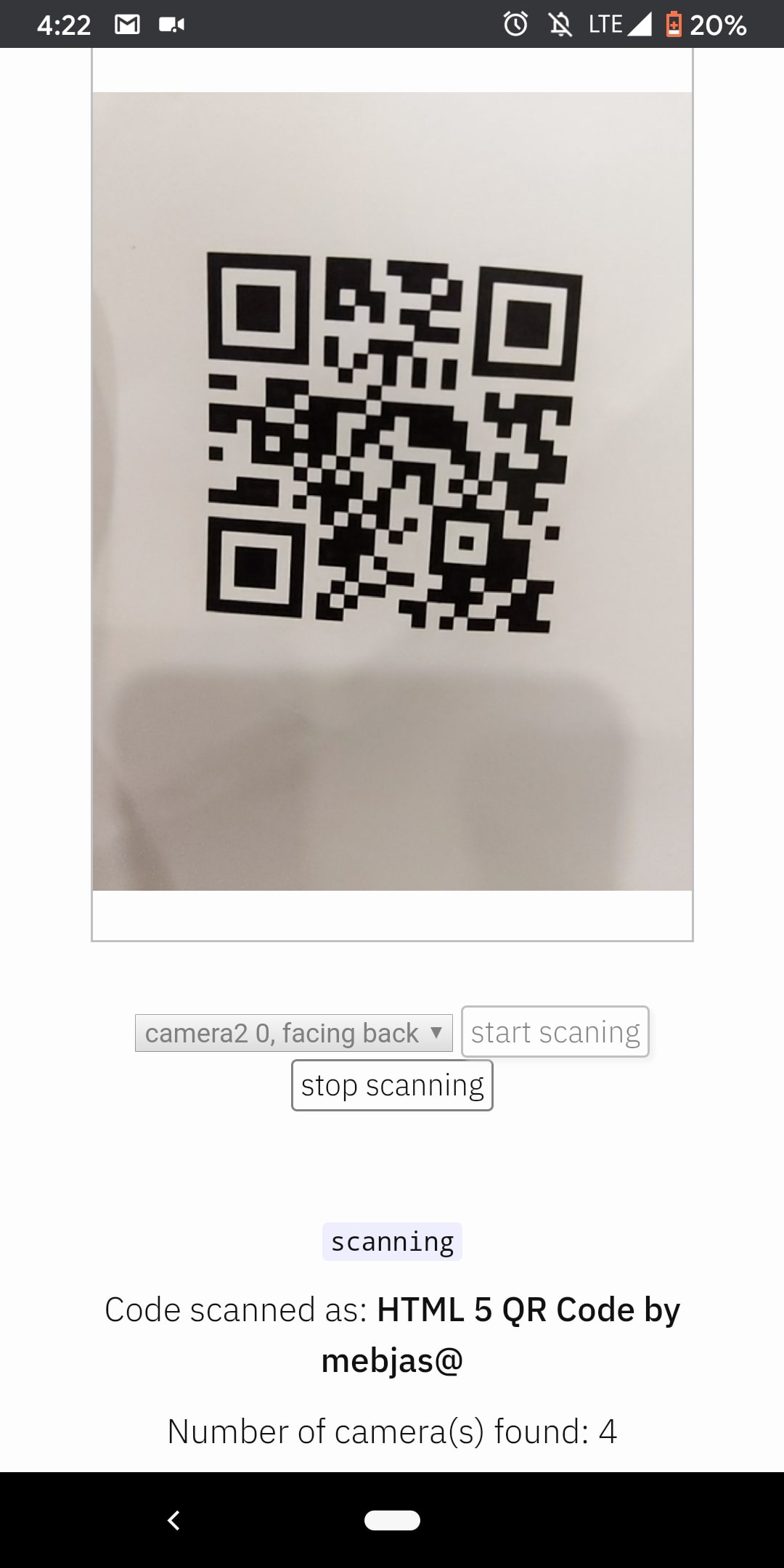 ⇠ Interview tips 1 – In a coding interview use abstractions!