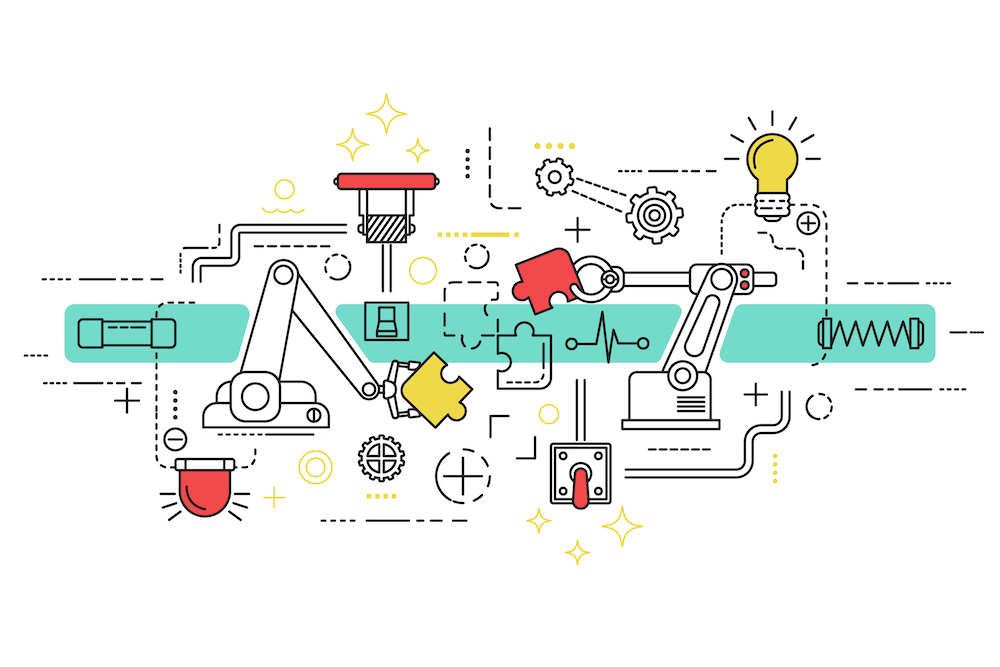 C++ compilers these days have code optimization techniques like loop vectorizer which allows the compilers to generate vector instructions for code written in scalar format. It also depends on how the code is written for the compiler to understand if it can auto-vectorize the code or not. In this article I’ll be sharing some ways for developers to guide the compiler to auto-vectorize a certain for loop in C++. It may not necessarily work for all compilers. The examples here are borrowed from ARM’s documentation and applies to following compilers that can generate Neon code:

I gave it a try on Android for a certain code that would convert an 8MP YUV image to ARGB image and observed performance improvements.

An easier to read and updated revision of this article has now been published on Medium - Guide the compiler to speed-up your code.

To explain this we first need to talk about modern CPUs

SISD stands for Single Instruction Stream, Single Data Stream. Typically, a program’s code is executed in sequence, i.e. one after another. Let’s say we have two arrays say a and b, and we want to write a program which converts each element in a with following operation:

For each index i in the arrays. On the other hand, modern CPUs have capabilities and support for SIMD which stands for Single Instruction, Multiple Data. Such machines can exhibit data level parallelism (which is different from concurrency). They can perform the same instruction on multiple data at once. For the above example the SIMD CPUs could group and execute the operations in one batch as:

SIMD instruction for + is called addps in SSE or vaddps in AVX, and they support grouping of 4 elements and 8 elements respectively (integer type).

Auto Vectorization can be done by AOT (Ahead of Time) compilers at compile time or by JIT (Just in Time) compiler at execution time.

Loop unrolling or Loop unwrapping is a loop transformation technique that attempts to optimize the program’s execution speed at expense of its binary size. The goal of the loop unrolling is to increase a program’s speed by reducing or eliminating instructions that control the loop such as pointer arithmetic and end of loop test on each iteration.

A simple example of loop unrolling would be:

In the later part of the article, you can see some performance numbers around this.

Neon is the implementation of Arm’s Advanced SIMD architecture.

The purpose of Neon is to accelerate data manipulation by providing:

Per documentation there are multiple ways to make use of the technology:

In this article we’d be focussing on point#2 and see how we can guide the compiler to auto-vectorize better.

Let’s start with the simple native code in question here, it looks like this:

Important note: this number was generated on the above code with -O3 compilation flag. Auto-vectorization is enabled at the -O2, -O3, and -Ofast optimization levels.

Using following #pragma declaration just before the for loop indicates to the compiler that the following loop contains no data dependencies that should prevent auto-vectorization:

Important note: Ensure that you only use this pragma when it is safe to do so it could otherwise lead to race conditions.

So if we fit it into current example:

Similarly, we can instruct the compiler to unroll loops when compiling with following statement:

So if we fit it into current example:

We get following latency:

These may not always result in faster code as it depends on how independent the data is w.r.t algorithms. Best case would be to give these a try and benchmark. The performance boost like 18% speedup in this case is definitely worth it.