Azure Storage Blob is an Azure Storage offering that allows you to store GigaBytes of data in from hundreds to billions of objects in hot, cool, or archive tiers, depending on how often data access is needed. Store any type of unstructured data—images, videos, audio, documents and more—easily and cost-effectively. Reference: https://azure.microsoft.com/en-in/services/storage/blobs/

In the latest offering it comes with strong consistency, geo redundant storage, multiple blob types (Block Blob vs Page Blob vs Append Blob). There is also option to update portion of blobs thus making it bandwidth efficient if used as such. Azure guarantees 99.99% up-time and have support for reading from secondary region in case of failure (Eventual consistency).

These features make it a strong candidate for storing serialized Machine Learning Models if you have models per tenant. But, if the application is READ + WRITE heavy and the size of objects are large it can lead to a variety of issues, primarily:

If the size of objects that are persisted and read from the blob is large, the process will spend decent amount of time and network bandwidth in uploading and downloading data respectively from blob.

If not properly implemented this could lead to low throughput and large overall processing time. If you are dealing with a 100 Mb serialized file – it could take upto 200 seconds (worst case!).

The Common Language Runtime (CLR) cannot allocate enough contiguous memory to successfully perform an operation. This exception can be thrown by any property assignment or method call that requires a memory allocation. Following cases are popular reasons for OOM exceptions: 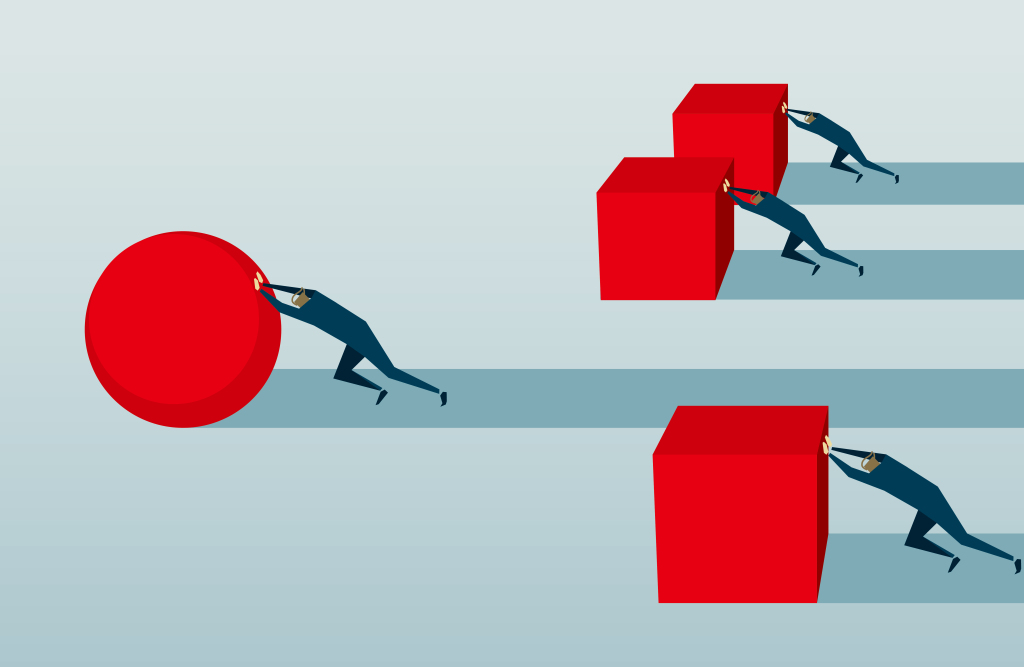 So far I have experimented with following ways to improve efficiency and throughput of the system using Azure Storage Blob:

A lot of libraries are available in .net to deal with JSON format – primarily serialization and de-serialization. JSON.Net is the most popular package available. While it comes with a lot of features it’s not necessarily the fastest library out there. However, you need to ensure if other libraries works best for you. Based on performance tests I did results looked like this: 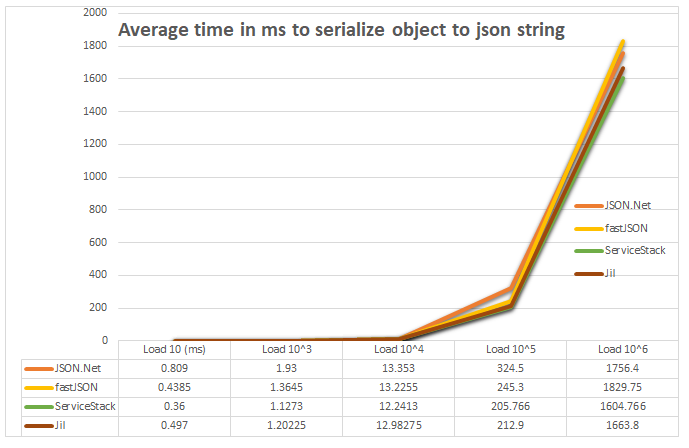 Sample Code for this test is available on Github. However, the difference is not much given the richness of features that comes with JSON.Net.

Now if the size of object is large, compression can come in really handy. For JSON Strings GZIP can give as good as 10:1 compression ratio. This can help reduce I/O time and increase CPU cycles – thus increase the throughput and efficiency of the system.

Saving the model: you can zip and upload data to blob without double serialization

Downloading the model: you can unzip and download data from blob without double de-serialization

Caveat of this approach

The steps involved in this can be very costly with respect to CPU time and thus the overall processing time if the objects are really large. This is however caused by lot of redundant information in the serialized string data. Thus can be solved by writing a custom serializer that serialized data to byte array and an opposite deserializer. This would decrease the size of serialized data and compression time drastically but could be difficult to maintain as compared to simply using some standard serialization approach.

If you are working with same data again and again you can reduce the no of time you have download the data from Azure Storage Blob by implementing a simple in memory cache. However, this has it’s own set of limitations – it can come in handy if the size of the objects can grow really large and your system can handle concurrency.

In this post I’ll share how to use in memory cache but note that for highly distributed systems with multiple nodes shared caches could be a good solution in many cases – but is out of scope of this article. The flow for In Memory Caching would be something like this: 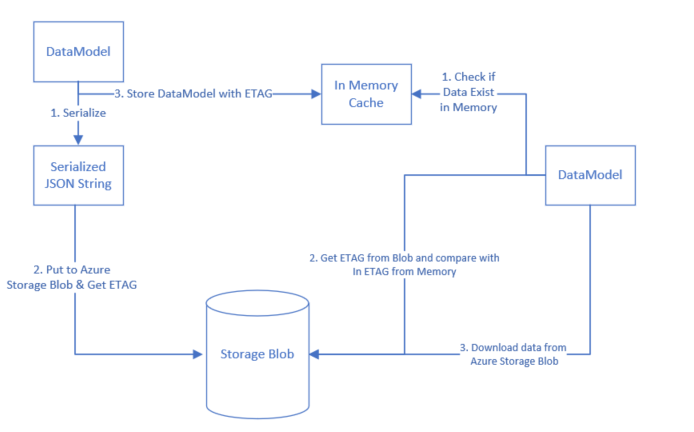 MemoryCache Class is available in .Net & can be leverage for this purpose. Memory cache provides abstraction to store data in named caches in memory. It supports couple of features on top of that like:

All that said, using private cache can come in really handy if coupled with partitioned queues available with Service Bus queues.

Most naive approach to working with Blobs could be:

Yes, the last serialization is an overhead but it’s possibly a general approach. This can be made more optimized like this:

Azure Storage Blob uses MD5 hash check for checking the integrity of data. This is done at different levels; In case of PUT operations – the MD5 is computed at the client and checked at the service and vice versa in case of GET operations. However, this is not needed if you enforce HTTPS only transport mechanism – which can be done in Azure Storage Blob. If HTTPS only is enabled then MD5 check is a redundant integrity check. It can be done in following way:

I haven’t done much research on this topic but a top level reading suggests promising results. Following article may help further, I’ll perform some experiments and share the results: