In the past the APIs like MediaDevices.getUserMedia(), local file reading API made it fairly easy to capture images and process them. This made libraries like @mebjas/html5-qrcode possible - which today allows developers to easily integrate QR code or bar code scanning capabilities to their web applications. Several developers have used the library to build Android applications using Cordova. Now the Web Platform Incubator Community Group has come with a draft for shape detector APIs which aims at providing access to accelearated shape detectors (like human faces, QR codes, bar codes, etc) for still images and live image feeds. This is particularly exciting for mobile devices which today comes with hardware chips which are highly performant at certain tasks like detecting faces, barcodes, texts etc. In this article, I have explained how to use the new BarcodeDetector library and how it can be used directly with html5-qrcode and what kind of performance improvement we see when compared to ZXingJS library. 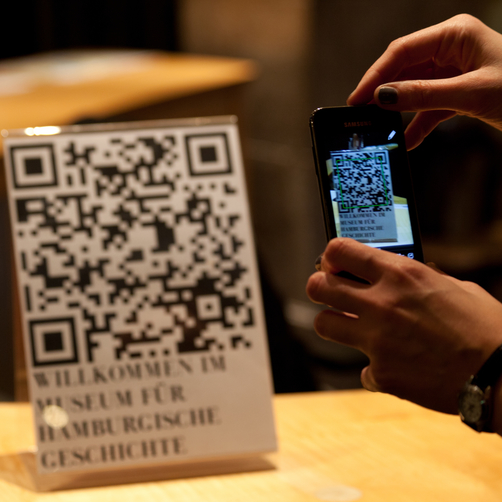 This new API is part of the new capabilities project. Barcode detection has launched in Chrome 83. If the APIs evolve in future this article would be updated.

The Shape detector APIs are still in draft and not a W3C standard not it is on the W3C Standards Track. The feature can still be turned on in the library as it’d fallback to using ZXing based detector if BarcodeDectector library is not available.

BarcodeDetector represents an underlying accelerated platform’s component for detection of linear or two-dimensional barcodes in images. It provides a single detect() operation on an ImageBitmapSource which result is a Promise.

By providing high-performance shape detection capabilities this interface allows developers to run image analysis tasks on the local device. This offers a privacy advantage over offloading computation to a remote system. Developers should consider the results returned by this interface as privacy sensitive as the original image from which they were derived.

The BarcodeDetector API has following interface (based on documentation):

An example usage in Javascript would look like this:

The library specification has a support for variety of 2D and 1D code formats like QR Code, Aztec, code_128, code_39, etc. A full list of all supported formats is listed here. 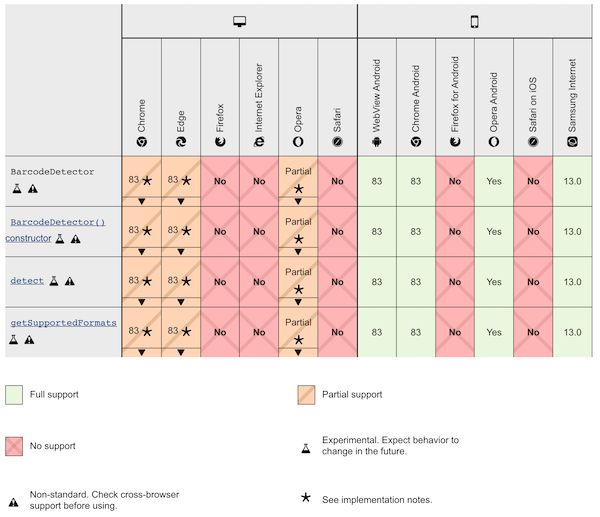 I learned about this API when AlfonsoML@ filed a feature request #195 in the project to add support for BarcodeDetector API.

Is your feature request related to a problem? Please describe.

Chromium has added native support to detect barcodes, so using it would be interesting as it can lead to better performance in the long term.

As an author of the project it was very exciting to see web coming with support for hardware acceleration to boost performance of a very common usecase in todays world. Current ZXing based decoder takes ~350+ms to scan a single feed, which leads to less than ideal real time performance. And, also it’s a shame, if the web applications cannot make use of exact support availabe in the hardware.

With pull request #238 I have added support for using BarcodeDetector API if supported by the browser after doing performance investigations (see results below). It’s supported both in Html5Qrcode & Html5QrcodeScanner classes (read more on how to use Html5Qrcode to scan QR & bar codes in javascript with few lines of code).

How to use this in the library

It can be turned on using new config called useBarCodeDetectorIfSupported added to experimentalFeatures config group. It’s off (value = false) by default. If set to on (value = true) and the BarcodeDetector is supported by the browser, it’ll be used for scanning all the kind of 1D and 2D codes.

I conducted the performance test on different devices to see how BarcodeDecoder API performed as compared to non accelerated ZXingJS based library. Numbers below are the average time it took for decoding any given image feed for supported QR code or bar codes in milli seconds.

Across devices & browsers where it was supported (example Safari on Macbook pro Big Sur doesn’t support this API yet), the BarcodeDetector API performed better than ZXing based library.

Happy to hear what you think about this in the comment section!